Taira was a descendent of Yama Higa Donuchi of Kume Island and his adoptive mother was from a samurai family named ‘Maezato’.

Although his family name was listed as ‘Maezato’ in the family register, he preferred to use his mother’s maiden name of ‘Taira’ which he became known by.

In 1922 (Taisho 11) on a visit to Tokyo he met Funakoshi Gichin who had devoted his life to the popularizing karate and became his right-hand man. 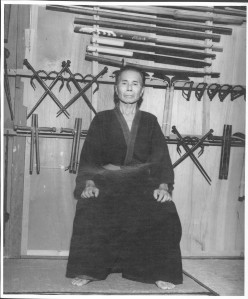 1932 (Showa 7) – Opened a branch dojo of Funakoshi Gichin in Gunma Prefecture in Ikaho. In addition be began studying the use of the sai from Mabuni Kenwa sensei

1970 (Showa 45) – Passed away at the age of 74 at his home in Naha, Kamishinbara, Okinawa Prefecture. He issued teaching licenses to his direct students (in order): 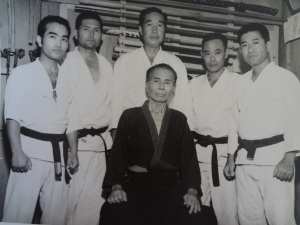